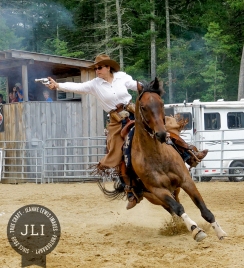 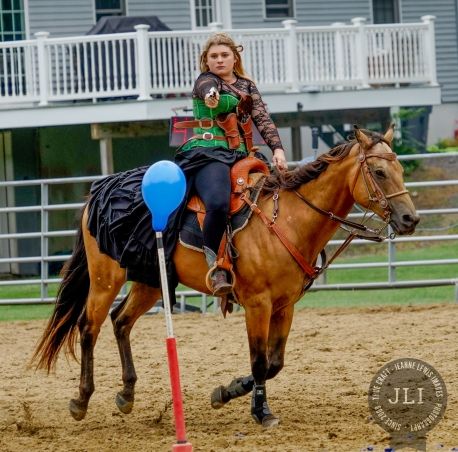 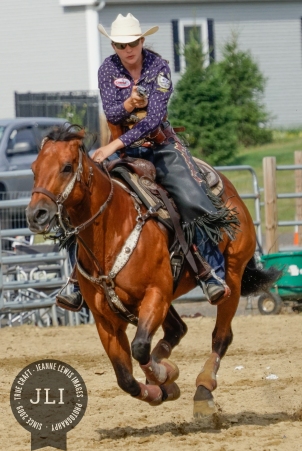 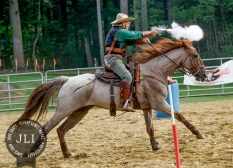 Run ‘n Gun Ranch in Norfolk MA was the scene of the CMSA MA State Championship this past weekend.  If you do not know mounted shooting, here are some pointers indicated in the above photos.  I’m skipping the details on points and levels and the many rules;   going directly to the action.  There will be flying horses and an occasional flying hat!  You will see all levels of riders focusing on the balloons, arm outstretched; leaning toward their target, a balloon.  There are over 60 patterns to choose from for each stage and four to six stages at each event, not including shotgun or rifle.

Beside the action you will find beautiful horses mounted by cowboys and cowgirls dressed in mostly period costumes.   Did I say pretty women and handsome men all working toward their goal, reaching the next CMSA Level.  The goal:  Ride hard and shoot straight!

Mounted Shooting is a family sport and you will see riders of all ages.  And, where you find men and women, there is always the occasional romance.

So, if you are looking for some excitement, stop by the next mounted shooting event in your area.  They are held throughout the United States, and specifically for us, in Connecticut, New Hampshire and Massachusetts.  The next large event will be September 16th at 10:00 a.m. in Bethany, Connecticut – the CMSA CT STATE CHAMPIONSHIP.

YOU WILL NOT BE DISAPPOINTED!

I have photographed this sport for eight years and it never gets old!

SAVE THE DATE!!  COME WATCH OR PARTICIPATE!

Held Saturday, April 22, 2017 at the Old Bethany Airport and will focus on ground work and riding.

To participate you will need to fill out 3 forms. 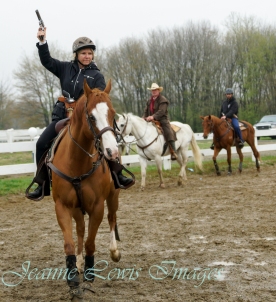 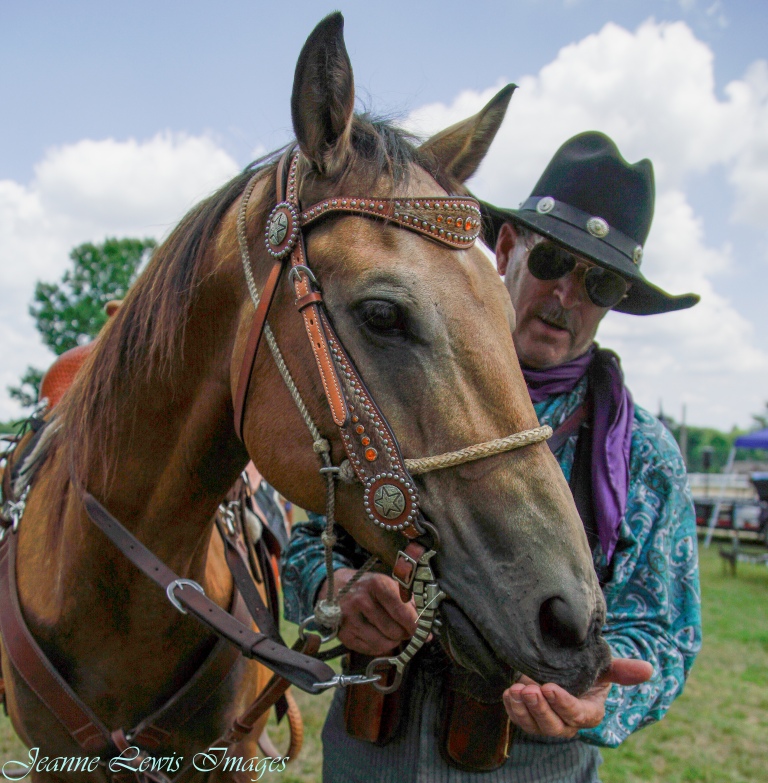 Completed most of the tagging for the CT Renegades and Northeast Six Shooters 2016 Cowboy Mounted Shooting events.

It was a great evening last night at the annual mounted shooting banquet for the CT Renegades at the Old Well Tavern in Simsbury CT.  It seemed like such a long time since our last shoot, it was nice to see everyone again.  Thank you so much for the Special Appreciation Award, I cannot tell you how much it means to me. 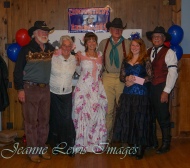